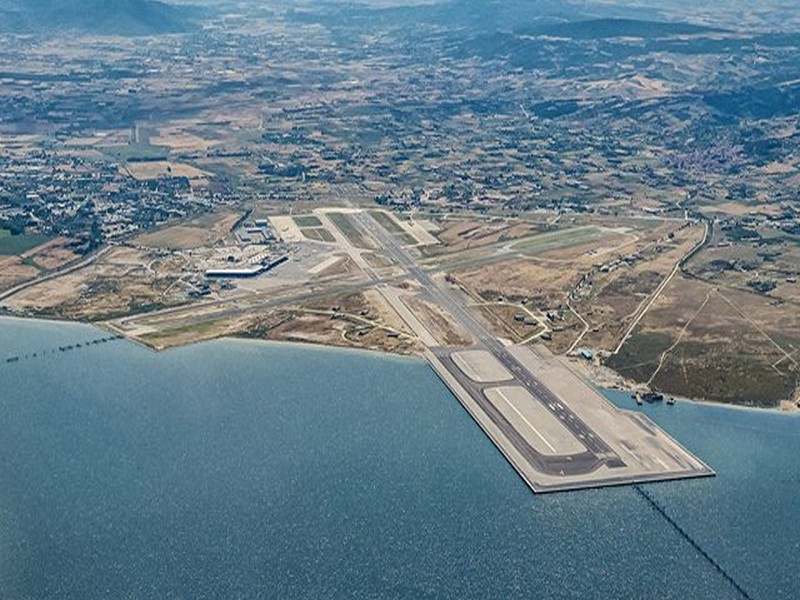 The airport is the third largest airport in the country after Athens International Airport and Heraklion International Airport. It opened in 1930 and was the second busiest airport in Greece in terms of flights served and the third busiest in terms of passengers served in 2016, with over 6 million passengers. It is the main airport of Northern Greece and serves the city of Thessaloniki (the second-largest city in Greece), the popular tourist destination of Chalkidiki, and the surrounding cities of the region.

The airports terminal consists of three floors. The ground floor serves arrivals only and is divided into two sections: international/extra-Schengen arrivals and domestic/intra-Schengen arrivals. The first floor serves departures and also includes a shopping center. On this floor, there are 34 check-in counters, waiting areas, bars, stores that sell tobacco and magazines, and various airlines offices. The second-floor houses two restaurants and several bars with views to the runways.

Inside the airport, there is one restaurant, four coffee bars, and a tobacco store. Furthermore, except for the duty-free shop, there are stores selling traditional products, jewelry, accessories, and clothes. Passengers also can utilize a luggage secure-wrapping service and luggage lockers. A Hellenic Post post office and Automated teller machines are available in the passengers’ departure area. There is also an office of the Greek national tourism Organisation. Finally, car hire companies can be found in the airport such as AVIS, Europcar, Hertz, and Sixt.