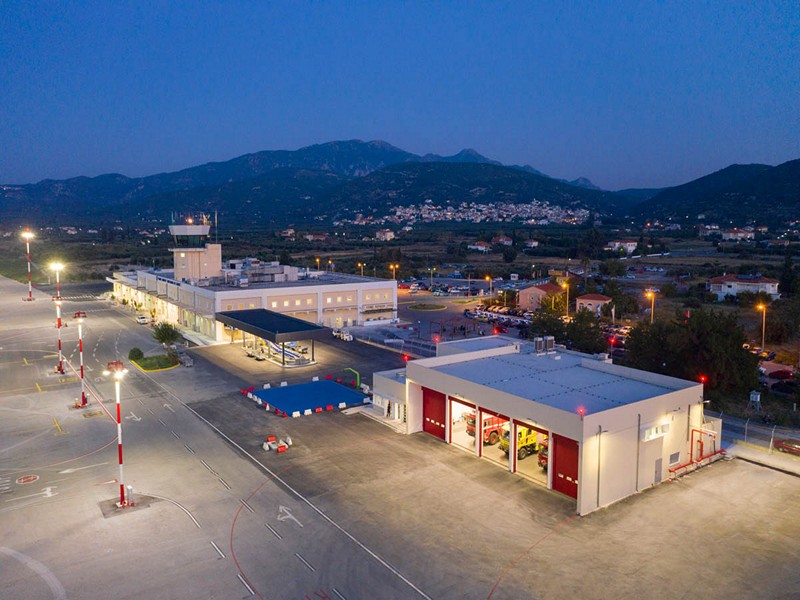 The airport is named after Aristarchos of Samos, an ancient astronomer, and mathematician, and lies within 5 km from the nearby town of Pythagorio. The airport features a single short runway serving both arrivals and departures. The airport’s surroundings leave little room for error or mistake on the behalf of the pilots – with nearby mountains and sea at the end of the short runway. There are often strong Meltemi winds blowing from the north during the summer months which further contribute to the difficulty of the landing. There is only one terminal within the airport. There are five boarding gates, none of which have jet bridges. Passenger facilities are split across two floors and include a duty-free shop and a small café.

In December 2015 the privatization of Samos International Airport and 13 other regional airports of Greece was finalized with the signing of the agreement between the Fraport AG/Copelouzos Group joint venture and the state privatization fund. “We signed the deal today,” the head of Greece’s privatization agency HRADF, Stergios Pitsiorlas, told Reuters. According to the agreement, the joint venture will operate the 14 airports (including Samos International Airport) for 40 years as of autumn 2016.