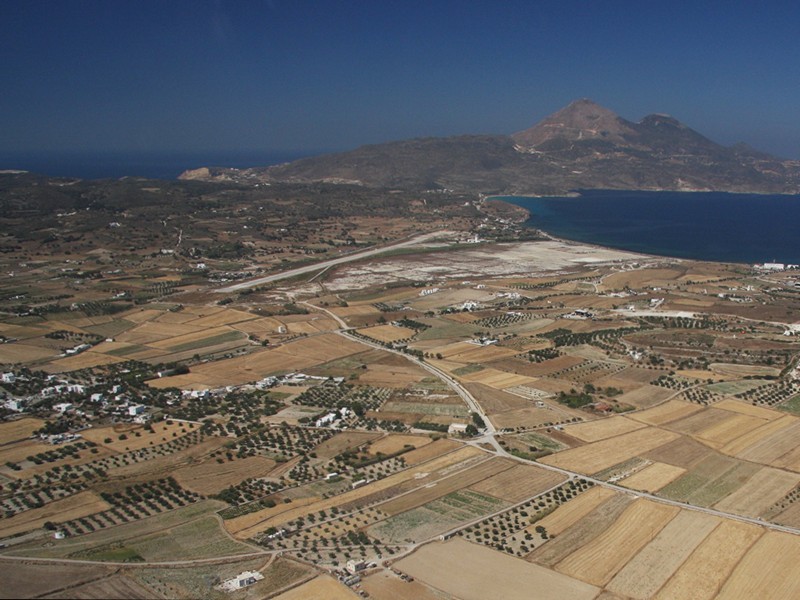 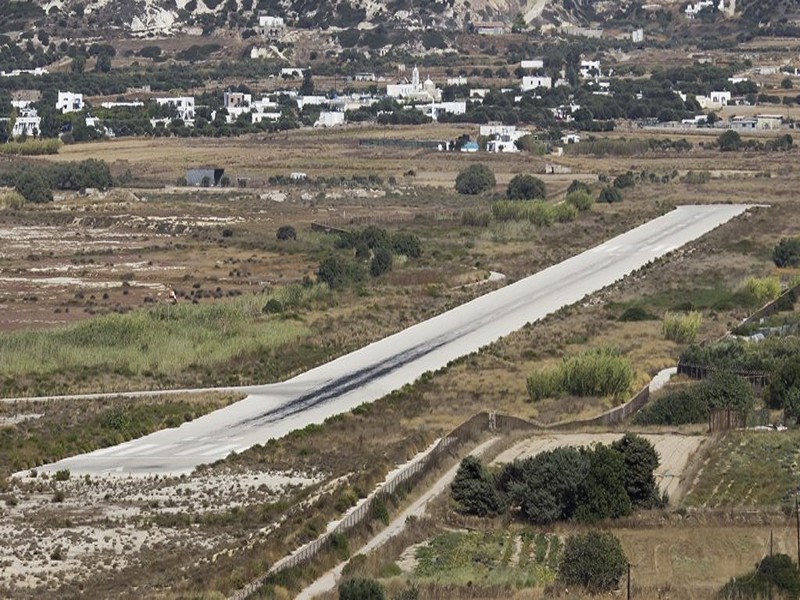 Milos Island National Airport is an airport in Milos, Greece (IATA MLO, ICAO: LGML). Milos is an island in the Cyclades. The airport is located 5 kilometers southeast of the harbor of the island. The airport was opened on January 17, 1973. In October 1995, a new terminal was taken into use.

As the airport has a small apron (7,800 square meters) and a short runway, only Bombardier Dash 8 sized aircraft or smaller ones are able to use the airport. Plans exist for a 2000 by the 45-meter runway at a new location and the expansion of the apron space to 26,000 square meters. However, due to economical difficulties, these plans have been suspended. The apron can handle only one Dash 8 sized aircraft or 2 light aircraft at one given time.