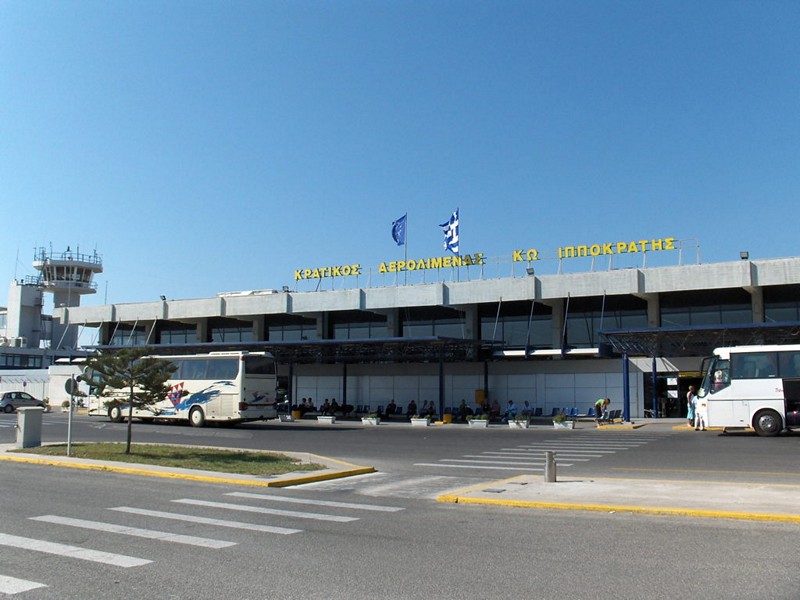 Kos Island International Airport, “Hippocrates“ (IATA: KGS, ICAO: LGKO), or Κρατικός Αερολιμένας Κω, Ιπποκράτης in Greek, is an airport serving the island of kos, Greece. The airport is located near Andimachia village. It is also the second-closest airport to Bodrum after Milas-Bodrum Airport.

The airport was opened on 4 April 1964. In 1974 the runway was extended to 2,400 meters. With the increased traffic at the airport in 1980 was built new terminal building. In 1997, the terminal building was renovated and expanded.

In December 2015 the privatization of Kos Island International Airport and 13 other regional airports of Greece was finalized with the signing of the agreement between the FraportAG/Copelouzos Group joint venture and the state privatization fund. “We signed the deal today,” the head of Greece’s privatization agency HRADF, Stergios Pitsiorlas, told Reuters. According to the agreement, the joint venture will operate the 14 airports (including Kos Island International Airport) for 40 years as of autumn 2016.