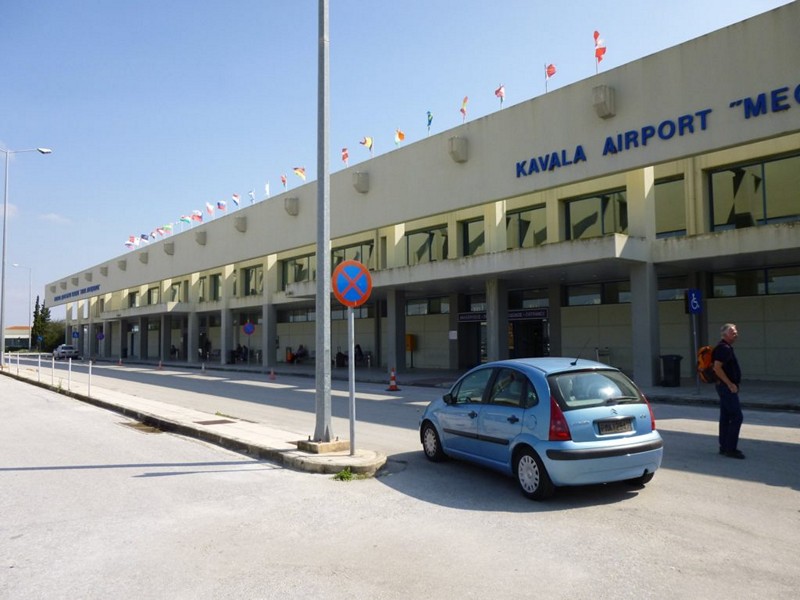 The airport was originally located closer to Kavala, in the installations of the Greek Air Force, near the village of Amygdaleonas, where it began its operations in 1952 as Kavala National Airport. On 12 October 1981, it was moved near the town of Chrysoupoli, where it operates today. The relocation greatly improved the service to the nearby island of Thasos and the city of Xanthi, in addition to the continued service to the cities of Kavala and Drama.

At the beginning of its operation at its new location, the building infrastructure of the airport included only a terminal building. The Control Tower, the fire station, and the other installations were built later. A small extension to the terminal building was added in 1992. The runway had been built, with the same dimensions that it has today. In 1998 extensive works began for new building infrastructure and today the airport of Kavala is functioning as a single upgraded total (old and new installations together), including all modern facilities for service both to airlines and passengers, contributing to the growth of East Macedonia and Thrace.

In December 2015 the privatization of Kavala International Airport and 13 other regional airports of Greece was finalized with the signing of the agreement between the Fraport AG/Copelouzos Group joint venture and the state privatization fund. “We signed the deal today,” the head of Greece’s privatization agency HRADF, Stergios Pitsiorlas, told Reuters. According to the agreement, the joint venture will operate the 14 airports (including Kavala International Airport) for 40 years as of autumn 2016.