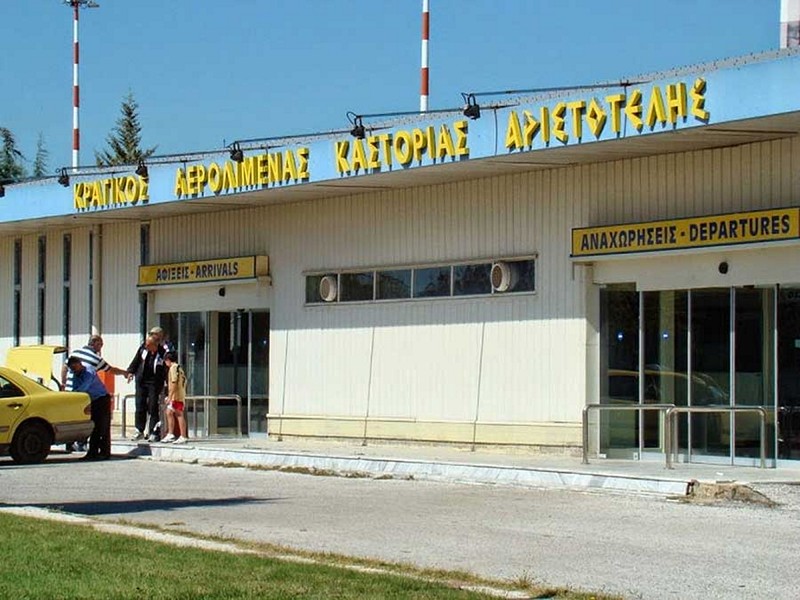 Kastoria Airport “Aristotelis” operates as a civil airport since March 1971, at a distance of 500 m away from the Argos Orestiko town and 12 km from the capital of the prefecture, the city of Kastoria.
Its operation began with domestic flights and both handling facilities and the runway were sufficient to service them.
In the late ’80s began to operate the new terminal building area 1000 m. In September 2002 the new runway, measuring 2820 m.x 45 m, was launched and thus enlisting it among those with international standards, which can service all types of aircraft.
However, the mountainous region makes it difficult the connection, especially during the winter