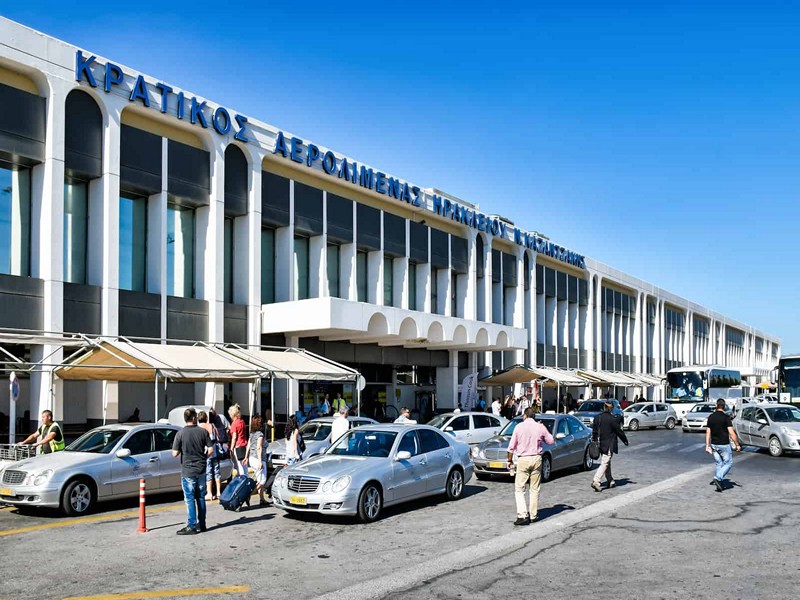 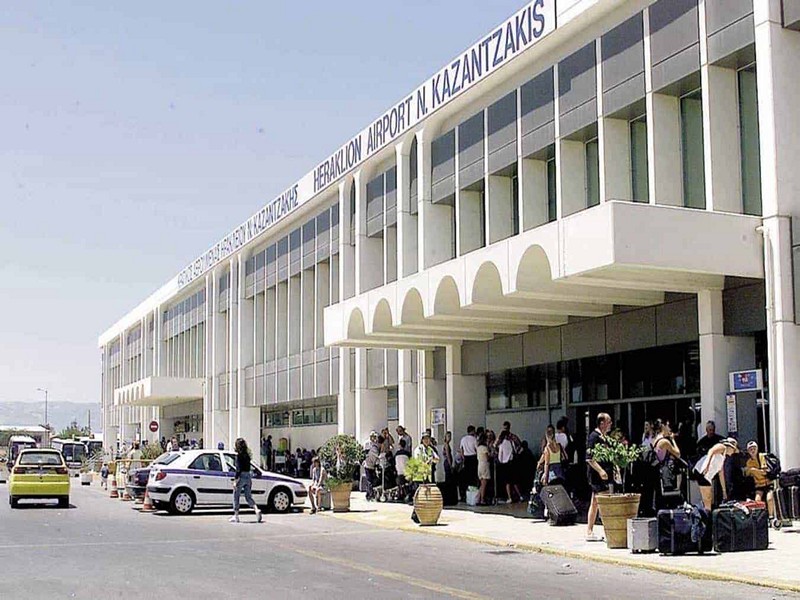 Heraklion International Airport, “Nikos Kazantzakis” (IATA: HER, ICAO: LGIR) is the primary airport on the island of Crete, Greece, and the country’s second busiest airport after Athens International Airport. It is located about 5 km east of the main city center of Heraklion, near the municipality of Nea Alikarnassos. It is a shared civil/military facility.

The airport first opened in March 1939. This was then merely a piece of flat agricultural land. The first airplane (a Junkers Ju-52) carried the first passengers to the site. During the Second World War operations ceased, but in the fall of 1946 traffic resumed, introducing the DC-3 aircraft.

At first, the airport only offered very basic service, with only primitive installations on the site, in the form of three tents, smoke for wind determination, and storm lamps for runway lighting.

In 1947, the first (small) terminal was erected. Hellenic Airlines started commercial flights in 1948. At that time, a total of 4,000 people were served. The year 1953 saw the construction of a paved runway which was initially 1,850 meters long and oriented as 09/27. The next major event followed in 1954 when a four-engined DC-4 aircraft landed for the first time at the airport. In that year the airport handled approximately 18,000 passengers. From 1957 onward, the new Olympic Airways used the airport, starting services with the DC-6aircraft.

From 1968 until 1971, the runway was extended to 2,680 meters and a new terminal and other facilities were constructed, essentially making it a new airport. On March 18, 1971, the first charter flight from abroad (British Airways) operated at the airport. The new airport itself was officially inaugurated on May 5, 1972.