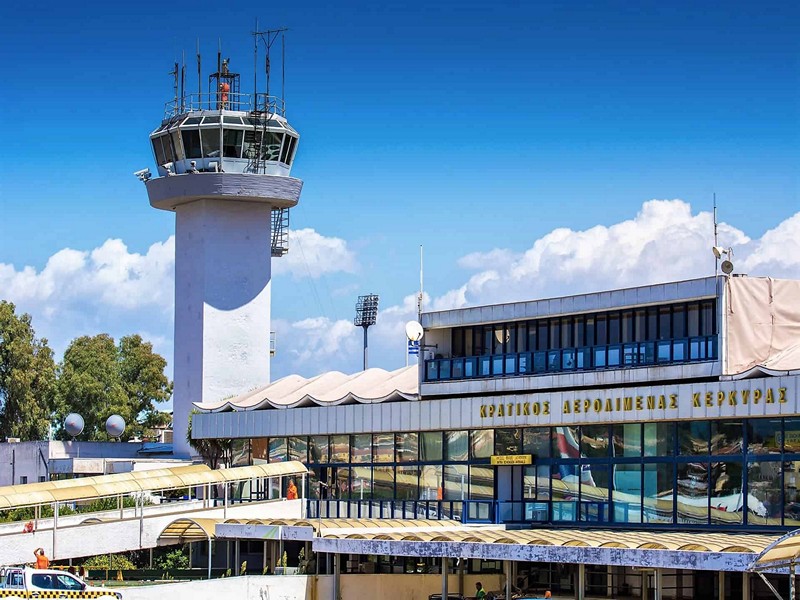 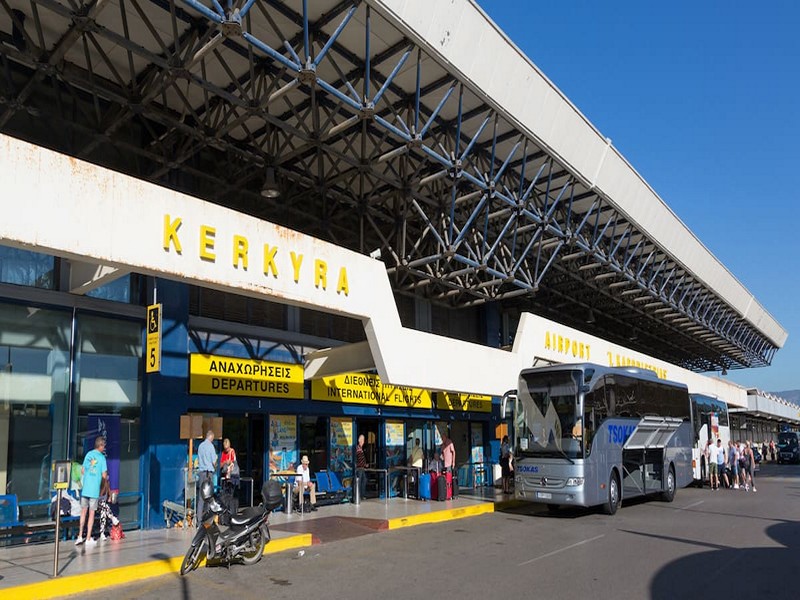 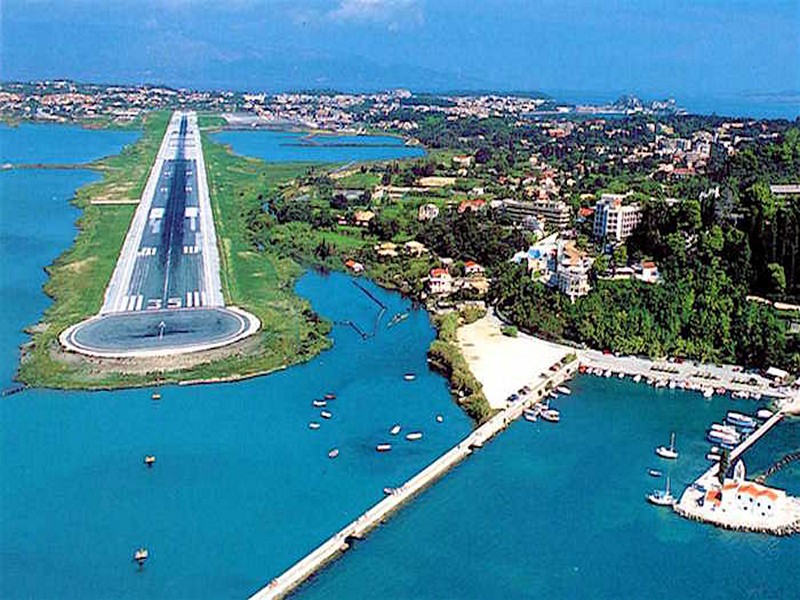 The Ioannis Kapodistrias International Airport, named after Ioannis Kapodistrias distinguished Corfiot European diplomat and first Governor of Greece, is located around 2 kilometers south of Corfu Town, half a kilometer north of PontiKonisi. The approach and landing, in a northeasterly direction, offer the flying passengers a spectacular aerial view of Pontikonisi and Vlaherna Monastery as well as the hills of Kanoni as the runway used for landing is actually a few hundred meters away from these landmarks.

The airport was founded in 1937. During Second World War it was used by German and Italian forces as a base for transport and fighter aircraft. During the war, the runway length was 600m. By the end of April 1949, the length had reached 800m. The next and last extension of the runway began in 1957 and was completed in 1959, with a length of 2,373m. The first commercial flight took place on 19 April 1949 from Athens operated by TAE Greek Airlines. On 2 September 1950 HELLAS also started flights to Corfu. In 1962 a small passenger terminal was built, which today accommodates the Corfu Aeroclub. In April 1965 the airport became International and the first flight was operated by Olympic Airlines. The construction of the new passenger terminal began in 1968 and was completed in 1972.