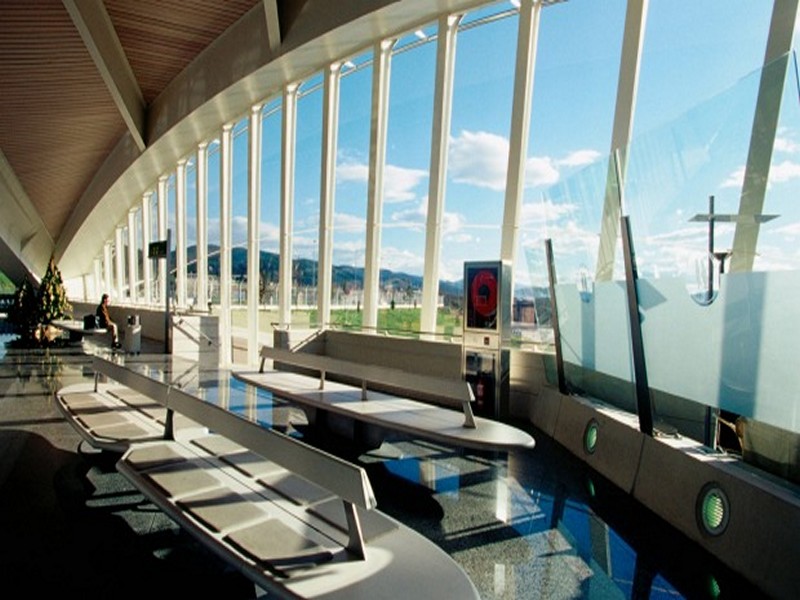 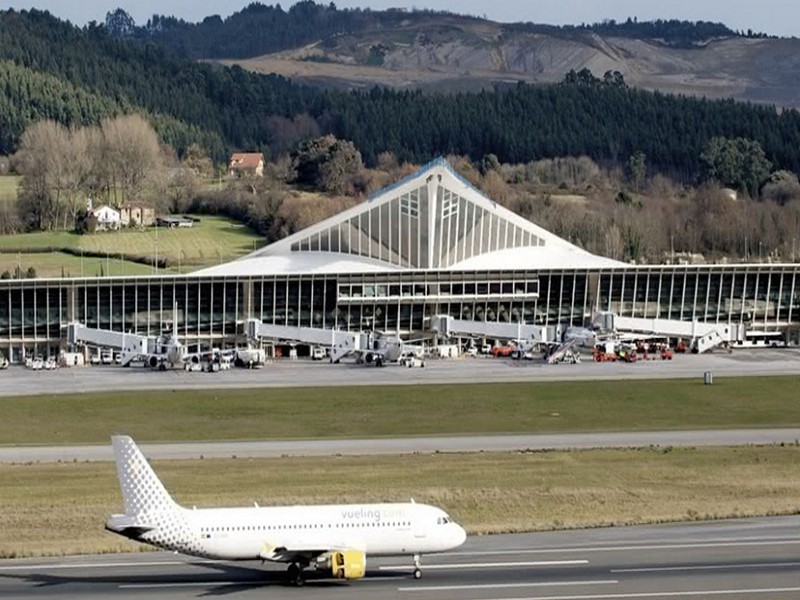 Bilbao Airport (IATA: BIO, ICAO: LEBB) is a public airport located 9 km (5.6 mi) north of Bilbao, in the municipality of Loiu, in Biscay. It is the largest airport in the Basque Country and northern Spain, with 4,973,712 passengers in 2017. It is famous for its new main terminal opened in 2000 designed by Santiago Calatrava.
The airport has seen a constant increase in its traffic numbers, the old terminal was already saturated and obsolete in 1990, although it had been renewed only a few years earlier. At the present day, Bilbao is the most important hub in northern Spain and the number of passengers using the new terminal continues to rise, especially after the increased tourist interest in the city since the opening of the Guggenheim Museum Bilbao.

With the past increase of traffic, the terminal would have become saturated again in a year because it is designed to handle about 4.5 million passengers per year, in 2007 it went nearly to its maximum capacity. However, the global financial crisis of 2008 has reversed the situation as of early 2009, decreasing the number of passengers by 24% in January compared to the previous year. In 2014 traffic is on the rise again and will see the recovery of the 4 million passenger mark.

For private jet hire from Bilbao Airport or further information contact us or call:+30 211 418 6640 (24 HRS) Email:charter@merkurair.gr